Hastings, NE — The Easement Action Teams LLC (Landowners & Lawyers Cooperative), an organization of state-based landowners’ groups in Nebraska, Iowa, South Dakota and North Dakota who vehemently oppose the use of eminent domain for private gain to seize their property for proposed carbon (CO2) pipeline projects, on Monday released a radio ad campaign that uses actual 911 recordings from a 2020 carbon pipeline rupture in Satartia, MS to highlight the serious dangers to human life – including to first responders – posed by an explosive release of toxic CO2 by these highly-pressurized pipelines.

In the radio ad – that will launch across rural markets in four of the Midwest states where the proposed pipelines are routed – the narrator describes what happened during the 2020 incident in Satartia, MS where a carbon pipeline operated by Denbury Resources ruptured, causing an explosive release of carbon in an immense plume, which was later found by a government-issued report to be toxic for more than a mile from the site of the accident, which was caused by a girth weld failure following a landslide after heavy rain.

The ad then cuts to a 911 recording from a victim who is very concerned and confused about what is happening after her car has stalled – a direct result of the high CO2 concentration making the combustion engine nonfunctional – and her friend is having what she believes is a seizure.

The 911 recording was used with permission from journalist Dan Zegart, who obtained it via a Freedom of Information Act (FOIA) request in the course of his extensive reporting on the pipeline accident for his article, The Gassing of Satartia for HuffPost.

“Since the first correspondence from Navigator, I feel that my family and family farm of almost a century, is being used as collateral damage. The pipeline company and their investors are using this unproven and hazardous idea as a tax scam and will try to take our land for their own private gain. The safety questions go unanswered by the pipelines’ representatives, but they continue to state their pipelines are going to be “different” than the one that exploded in Satartia. The farmer and llandowner takes all the risk – including the risk of explosion and death of all living beings in the path of the plume,” said Shelli Meyer, Nebraska Easement Action Team member and landowner in Dixon County, Nebraska.

“We are landowners in Woodbury County where some of our neighbors have both pipelines proposed to cross their property. There cannot be enough emphasis upon the danger these hazardous CO2 pipelines pose to humans, livestock and wildlife and the inability of volunteer rescue units to respond,” said Deb Main, Iowa Easement Team member and landowner in Woodbury County, Iowa.

“Carbon pipelines are coming into South Dakota like a thief in the night before our fellow citizens have become educated on these extremely hazardous, potentially lethal, pipelines. Unfortunately, we do not have the necessary regulations in place to protect us, our families, our communities and our great state of South Dakota,” said Joy Hohn, South Dakota Easement Team member and landowner in Minnehana County, S.D.

“My name is Howard Malloy and I own irrigated farm land in the Missouri river bottomland a few miles north of Mandan. It is very valuable crop land which borders Highway 1806 and Square Butte Creek. Its proximity to the City of Mandan, Highway 1806 and Square Butte Creek also make it very valuable residential development land, as Mandan is growing to the north and there is already extensive residential development in the area. The CO2 pipeline would devalue the land for irrigated farming and greatly devalue the property for residential development purposes. The liability of exposing families to the dangers of a CO2 pipeline rupture would effectively eliminate this property from residential development. This proposed pipeline is far too close to the Cities of Bismarck and Mandan and a danger to its inhabitants,” said Howard Malloy, North Dakota Easement Team member and landowner in Morton County, N.D.

The Easement Teams are growing their numbers of landowners daily in each of the four states, holding regular meetings to inform landowners about the pipeline projects and the landowners’ legal co-ops. Attorneys with Domina Law Group are currently defending Easement Team-affiliated landowners in court who have refused to allow pipeline surveyors on their property.

Attorney Brian Jorde has also proactively filed suit on behalf of landowners arguing that state laws regarding private property are being violated by the pipeline companies, and the Domina Law Group will represent landowners filing as intervenors in state agency permitting processes in Iowa, South Dakota and North Dakota over the next year.

In addition to radio ads, landowners with the Easement Teams have raised funds to purchase billboards in Iowa, North Dakota, South Dakota and Nebraska. 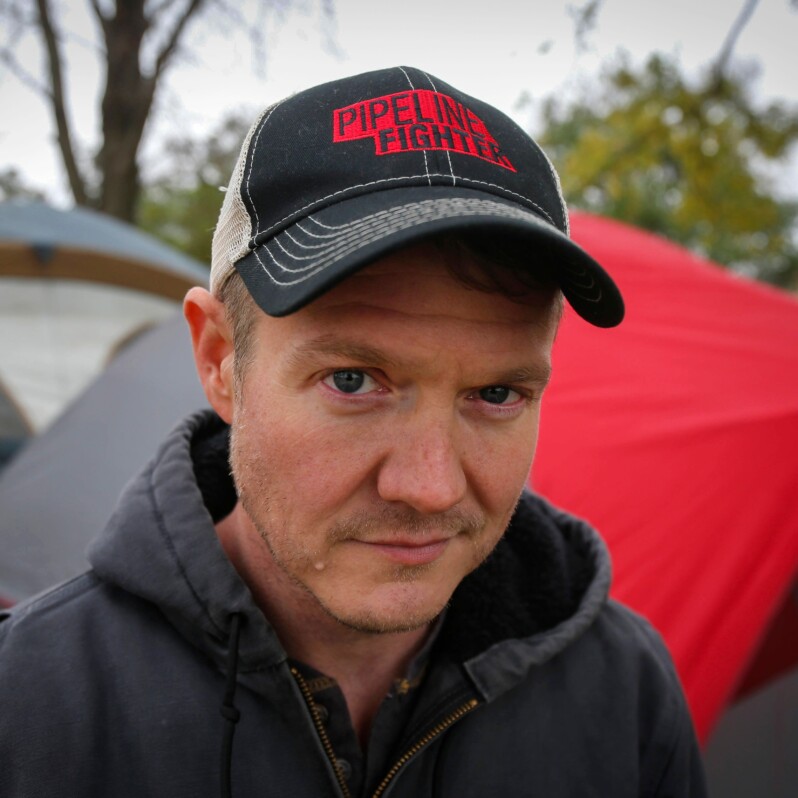