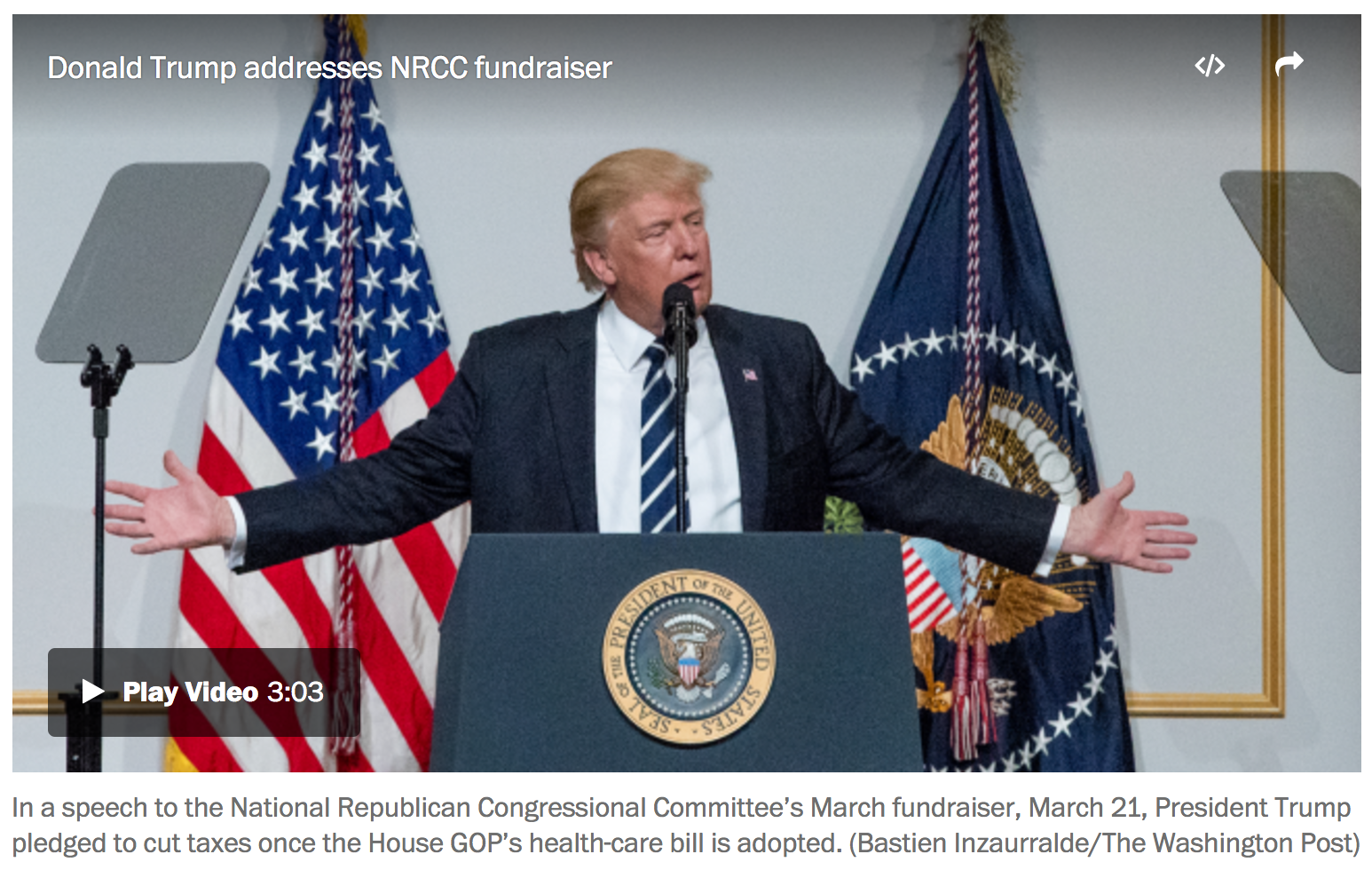 The Washington Post reports that President Trump said in a speech at a fundraiser in Washington on Tuesday that he ordered National Economic Council Director Gary Cohn, a former president of Goldman Sachs, to tell TransCanada drop its $15 billion claim against the U.S. government under NAFTA for losses suffered from its rejected Keystone XL pipeline — or he would “terminate” the proposed project:

“Trump said the company did drop the lawsuit, adding ‘Isn’t that easier?’ ‘Being president gives you great power,’ Trump said.”

The Associated Press issued a FACT-CHECK on Trump’s statement:

“TransCanada’s bid for compensation, filed to a panel that arbitrates disputes under the North American Free Trade Agreement, is still on the books. The NAFTA challenge could be terminated or amended any day — the suspension will expire Monday. But Trump got ahead of developments in claiming he made the dispute go away.”

“President Trump is a bully and a liar. It is no surprise that Trump and TransCanada are partnering on this project, since this foreign pipeline company lies about the source of their steel, and lies about the risk to our water supply. Keystone XL is and always will be all risk and no reward; kind of like President Trump.” 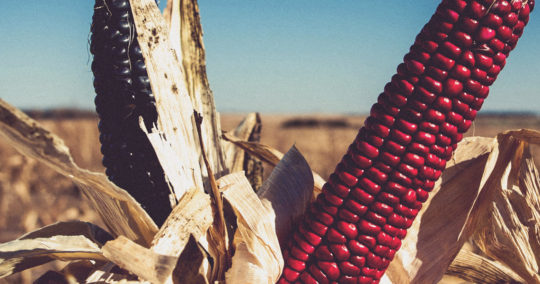 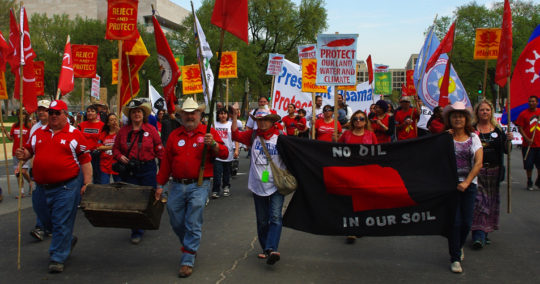