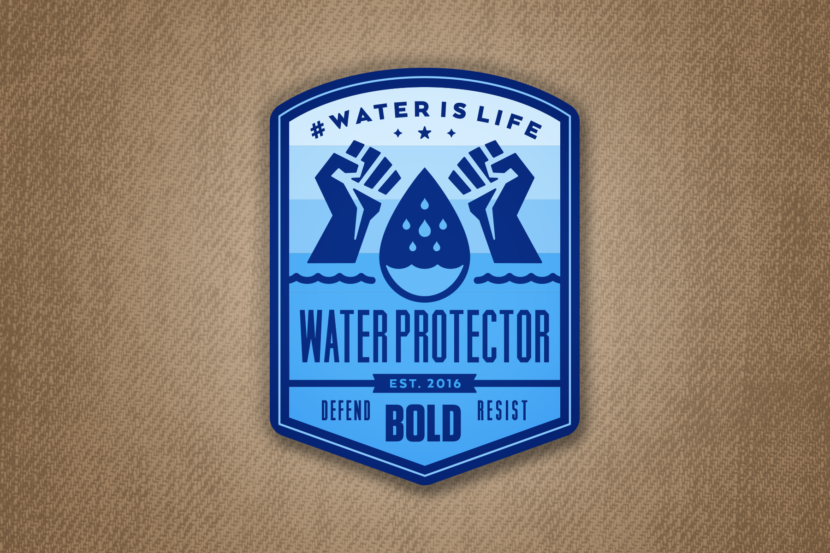 While many of us are looking forward to putting 2016 behind us, we here at Bold are reflecting on what was an amazing year of growth for us — and gearing up for big battles to come in 2017.

We grew our team from three to eight Bold staff members in Nebraska, Iowa, Louisiana, and Oklahoma.

Bold worked with union and progressive partners to stop the TPP, a trade deal bad for family farmers and ranchers but great for Big Corporations.

We stood with Standing Rock to help stop the Dakota Access pipeline, building tiny solar-powered barns to shelter Water Protectors and delivering meat and supplies to the front lines. We organized nonviolent acts of civil disobedience to stop pipeline construction across Iowa and stood proudly with landowners fighting to end eminent domain for private gain pipelines.

Bold and our allies organized to stop new drilling permits in the Gulf of Mexico, and raised awareness about the “frackquakes” caused by wastewater injection in Oklahoma.

Landowners are still fighting Keystone XL in Nebraska, as TransCanada refuses to follow a court order to pay all their legal fees for wrongly using eminent domain.

Become a Bold sustaining donor today, and build a strong foundation for us to continue our work to protect our land, water and climate.

Your recurring monthly donation of $5, $8, $20 or more will empower us to expand the pace of our creative direct actions at the grassroots level.

Click here to become a Bold sustaining donor (or, make a one-time donation)*.

*All donors will receive a limited edition sticker as a thank-you. Donors who give $100 or more from today through Jan. 3 will receive our new Bold t-shirt, which reads: “Water Protector. Land Defender. Pipeline Fighter.”

During the holidays, we will recharge and celebrate with family and friends.

But we are also making time to organize, and prepare to defend our victories to stop Keystone XL and Dakota Access from a Trump administration that has already indicated it will work to undo President Obama’s and Water Protectors’ efforts.

In fact, we are proud to announce the creation of three new Bold staff jobs — Pipeline Fighters who will be deployed to heated local fights in various regions throughout the country, to lift up the grassroots work and help organize landowners and Native allies. [1]

With Trump nominating Exxon CEO Rex Tillerson to be our Secretary of State; climate denier Pruitt to be head of the EPA; and former Texas Gov. Rick Perry, who’s on the board of the company building the Dakota Access pipeline, and promised to eliminate the Dept. of Energy, to head the Dept. of Energy — we have our work cut out for us in 2017 to defend our progress.

Become a Bold sustaining donor, an investment to grow our work to protect our land, water and climate.