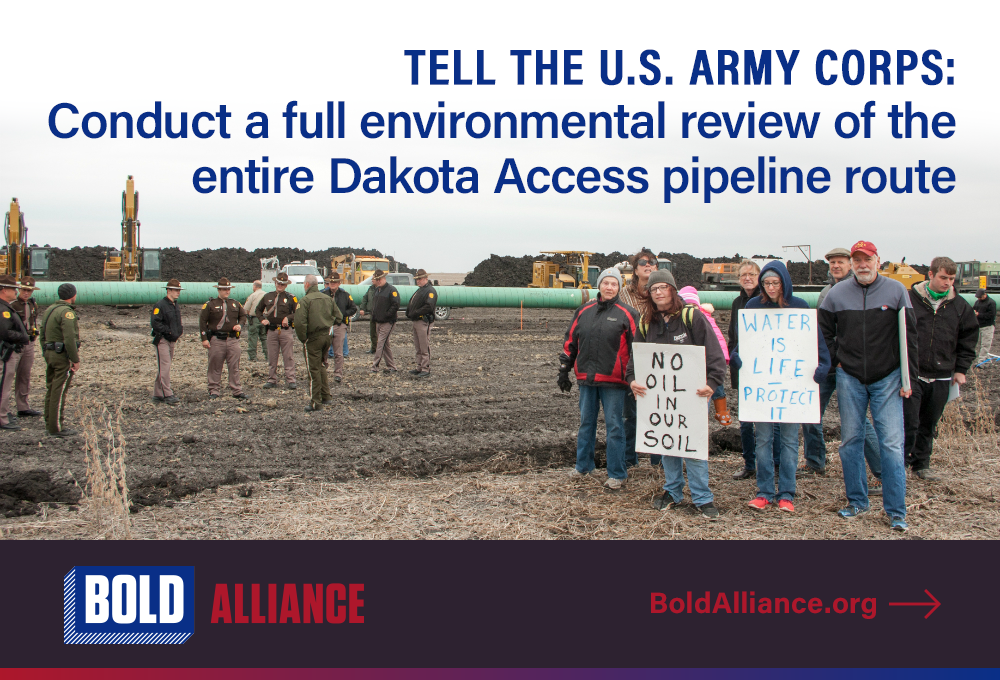 On Jan. 18, the U.S. Army Corps of Engineers announced that it will conduct a limited Environmental Impact Statement (EIS) on the section of the Dakota Access pipeline near Lake Oahe and the Standing Rock Sioux Tribe’s land and reservation in North Dakota. [1]

While we are thrilled that the Army Corps of Engineers appears to have listened to Indigenous nations and Americans across the country who have raised concerns about the Dakota Access pipeline — it’s not enough simply to examine the pipeline’s impact on the Missouri River in North and South Dakota.

We demand that the Army Corps’ environmental review consider the pipeline’s impact on the full pipeline route through North Dakota, South Dakota, Iowa and Illinois.

We further insist that the Corps’ environmental review of the pipeline include its demonstrable exacerbation of the climate crisis.

The notice issued by the Corps states that the agency will “analyze, at a minimum:”

This language from the Army Corps announcement makes it clear that it’s crucial that all Water Protectors and Pipeline Fighters weigh in to demand the Army Corps expand its environmental review of Dakota Access to includes the full route, through North Dakota, South Dakota, Iowa and Illinois.

[1] “Notice of Intent to Prepare an Environmental Impact Statement,” FederalRegister.gov, 1/18/17.