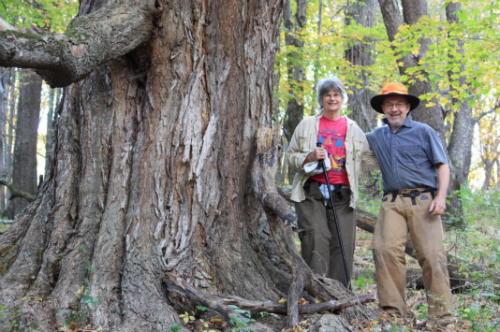 The Bold Appalachia Landowners Alliance (BALA) is involved in multiple court cases to stop the Mountain Valley and Atlantic Coast fracked gas pipelines. One of those efforts — brought exclusively by BALA — is aimed at challenging the very root cause of this abuse at the federal level. BALA’s legal arguments in that lawsuit, currently in federal district court in D.C., include challenges to:

These are BOLD arguments.

Winning on any one of them could change the law and forever stop the abusive practices of these energy companies nationwide. This BALA suit is not just for us; it is for every American citizen in the crosshairs of greed-driven, state-sponsored theft of our property.

1. Environmental Groups’ Appeal to the 4th Circuit of the MVP’s Section 404 Clean Water Act Permit
Appalachian Mountain Advocates—on behalf of the Sierra Club, Appalachian Voices, and three other environmental groups—argue that the U.S. Army Corps of Engineers should not have issued a permit allowing MVP to cross literally hundreds of streams and wetlands along the pipeline’s route through Virginia and West Virginia. The nationwide permit, which is issued under Section 404 of the federal Clean Water Act, has a special condition requiring that MVP’s stream crossings in West Virginia each need to take less than 72 hours. The U.S. Court of Appeals for the Fourth Circuit, concerned that four of the major river crossings in West Virginia would each take four to six weeks, issued a stay of the permit. This temporarily halted construction of MVP’s pipeline over streams and wetlands in West Virginia. The Fourth Circuit then lifted the stay of construction, allowing construction to proceed when the Corps of Engineers administratively changed its permitting process without the opportunity for public notice and comment. (In other words, the Corps changed its rules midstream, so to speak, to defeat this challenge to the MVP.) The Fourth Circuit has set the appeal for oral argument in Richmond during the last week of September. If the Court rules against MVP, then MVP may have to obtain individual permits for the 591 stream and wetland crossings in West Virginia—a process that could essentially halt the project in West Virginia for the foreseeable future.

2. Landowner Appeals to the 4th Circuit Challenging Orders Granting MVP Early Entry to the Properties
When MVP sued landowners in West Virginia and Virginia, it also asked for immediate entry onto the landowners’ properties to begin work on the pipeline. Landowners pushed back, arguing that only Congress has power to authorize immediate entry (also called “quick-takes”) before there has been a trial on just compensation. The landowners also challenged the injunction standards that the district courts applied in giving MVP early access to the landowners’ properties. The parties have finished briefing the issue and will have oral argument in Richmond on September 25. (By the way, I’ll be arguing the separation-of-powers issue for the landowners.)

4. Bold’s Appeal of FERC’s MVP Certificate (to the D.C. Circuit)
Bold, along with landowners and other landowner-rights and environmental groups, asked FERC to reconsider its decision to certify the ACP project. Following FERC’s decision not to reconsider the MVP certificate, Bold and others appealed FERC’s grant of MVP’s certificate to the U.S. Court of Appeals for the District of Columbia Circuit, arguing (among other things) that the MVP certificate is not in the public interest, that MVP cannot exercise eminent domain based on its conditional certificate, and that FERC denied the landowners due process by failing to hear their statutory and constitutional arguments. (Bold will also be involved in a similar appeal of FERC’s certificate for ACP.)

6. Environmental Groups’ Appeal to the 4th Circuit of ACP’s Section 401 Permit
Appalachian Voices, Sierra Club, and several other environmental groups have challenged the decision of the Virginia State Water Control Board and Virginia Department of Environmental Quality to issue a Clean Water Act Section 401 certification for the Atlantic Coast Pipeline. In granting the permit, the state agencies asserted they had “reasonable assurance” that ACP’s construction would not violate Virginia water-quality standards. But four months later, Virginia’s State Water Board acknowledged serious doubts about their initial decision and opened a public-comment period on the matter. Among other things, the appellants argue that the Virginia regulators looked only at impacts that ACPs construction would have in the streams themselves (bank-to-bank impacts), but failed to consider impacts that construction would have on the watersheds as a whole—for example, that construction on land upstream would cause erosion and runoff that would impact water quality downstream. Following full briefing, Ben Luckett of Appalmad spoke for the environmental groups at oral argument. The 4th Circuit has not yet announced its decision.

7. Fourth Circuit’s Revocation of MVP’s Permits to Cross Jefferson National Forest
In late July, the Fourth Circuit revoked MVP’s permits to cross Jefferson National Forest, agreeing with environmental and landowner groups that the U.S. Forest Service and Bureau of Land Management (BLM) had not properly reviewed the project’s impact on the forest. The three-judge panel ordered those agencies to reconsider the permits using the proper procedure. For example, the Court chastened the Forest Service for capitulating to MVP’s optimistic claims that it could mitigate the sedimentation and erosion impacts of the pipeline, pointing instead to the Forest Service’s own statements about how mitigation often fails in practice. And the Court held that BLM violated the Mineral Leasing Act by approving MVP’s new right-of-way without showing that it would have been impractical to co-locate the line in areas of existing disturbance. MVP will attempt to obtain a new permit—a process that will take months.