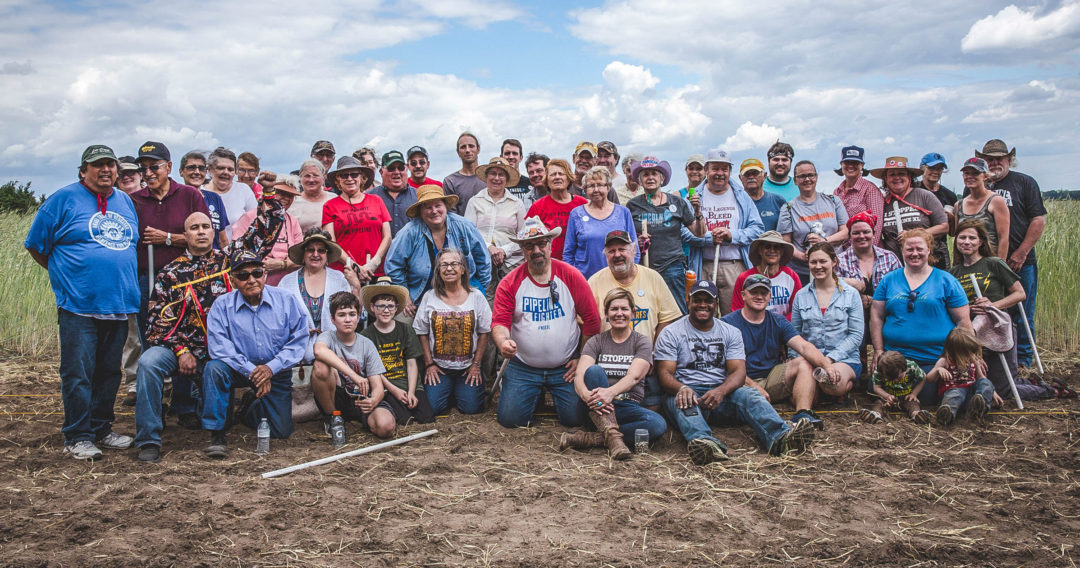 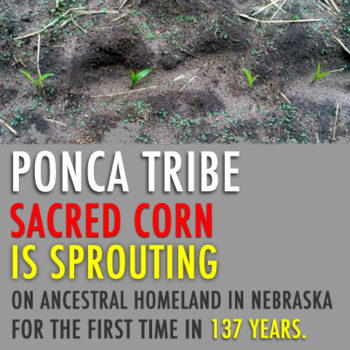 The Ponca corn will be planted for the fourth consecutive year in the spring of 2017 on the farm of Art & Helen Tanderup.  The Tanderup farm hosted the “Harvest the Hope” Stop Keystone XL benefit concert featuring headliners Neil Young and Willie Nelson, as well as two massive #NOKXL crop art installations — on land that crosses both the historic Ponca Trail of Tears, and the proposed path of the Keystone XL pipeline that TransCanada is still suing over to get U.S. taxpayers on the hook for $15 billion in claimed losses.

In the summer of 2016, members of the Cowboy & Indian Alliance also traveled to meet landowners and Tribal Nations in Virginia and West Virginia and plant “Seeds of Resistance” on land that lies in the paths of the Atlantic Coast and Mountain Valley fracked gas pipelines.