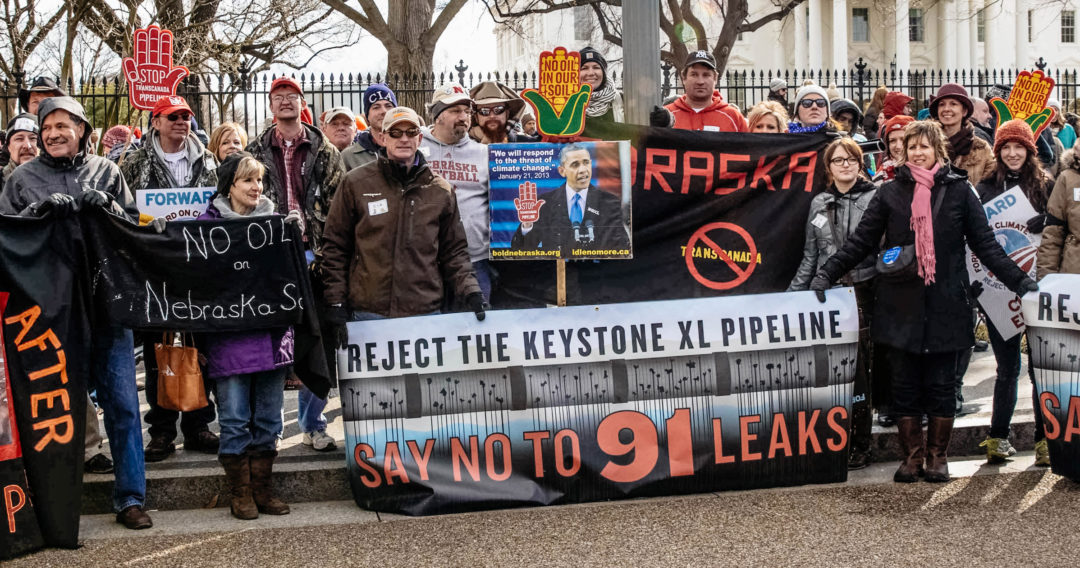 Throughout the Keystone XL fight, Nebraskans spoke up and took action to help stop TransCanada’s / TC Energy’s proposed tarsands export pipeline. Local activists in communities across the country can utilize the lessons we learned as a resource and inspiration to create actions in their own fights similar to what helped us in Nebraska achieve an historic victory over Big Oil, where KXL was rejected twice. There’s lots of information to share, about a fight that some of us faced daily for almost eight years.

All levels of local government have the ability to enact laws that require proper routing and siting of pipelines; processes on abandonment of the pipeline; emergency and spill response plans; bonding of road use and other insurance issues; liability of spills; and regulation of neighboring land uses.

Instead of continuing to subsidize fossil fuels and line the pockets of Big Oil and Gas, and worsening the impacts we’re already seeing from carbon emissions and climate change, we want to see investments in clean, American-made renewable energy. We need to enact stronger protections for our land, water, and citizens at all levels of government.

WATCH: Nebraskans and Pipeline Fighters from across the country testify at the State Dept. hearing on the environmental review for Keystone XL during an all-day hearing in Grand Island, Nebraska on April 18, 2013.

WATCH: Nebraskans talk about why they were fighting Keystone XL, featuring the Hammond, Harrington and Kleinschmidt families on whose land Bold Nebraska built a solar-powered barn directly in the path of the pipeline.

Pipeline Fighters and the "Cowboy & Indian Alliance" of farmers, ranchers and Tribal Nations that formed to oppose the Keystone XL pipeline gathered in 2014 to plant the first Ponca sacred corn "Seeds of Resistance" in the path of the proposed pipeline, and in the spring of 2017 will plant the fourth consecutive crop on the Tanderup Farm near Neligh, NE. In 2016, Bold and the "CIA" also traveled to Virginia and W. Virginia to plant "Seeds of Resistance" with landowners fighting the proposed Atlantic Coast and Mountain Valley fracked gas pipelines.