“Notices to Proceed” were issued by low-level FERC staffer, in clear violation of agency’s regulations

Bent Mountain, VA — The Federal Energy Regulatory Commission’s (FERC) “Notices to Proceed” issued for the proposed Mountain Valley fracked gas pipelines are invalid, as they were signed by a low-level FERC staffer, in violation of the agency’s own regulations.

The FERC Certificate authorizing the Mountain Valley Project allows either the Director of the Office of Energy Projects (OEP) or his designee to approve a pipeline’s request for a notice to proceed with construction. Under FERC’s regulations, the designee chosen by the Director must be a “comparable official,” such as a Deputy Director, or head of a FERC Regional Division. Paul Friedman, the FERC employee who signed off on more than a dozen notices to proceed, does not satisfy the definition of a comparable official as he is neither a Deputy nor branch chief.

Last month, the Bold Alliance filed a challenge to numerous notices to proceed approved by Friedman, arguing that the notices were invalid because they had not been signed by the Director. In response, FERC this week issued “tolling orders” which allow FERC to delay resolution of the Bold Alliance’s challenge to the notice to proceed, while allowing MVP to begin construction on its fracked gas pipelines that threatens land and water, and landowners’ private property.

“FERC’s regulations on delegation exist for a reason,” said Carolyn Elefant, the Washington D.C.-based attorney who represents the Bold Alliance. “FERC’s authority over natural gas pipelines comes directly from Congress, so when FERC delegates its authority to agency officials, it is entrusting them to carry out powers granted by Congress. For that reason, FERC’s regulations restrict delegation of authority to upper level officials who act in a supervisory capacity and can be relied upon to make decisions on FERC’s behalf.”

Elefant continued, “There are also practical reasons for requiring an official with supervisory capacity to act on notices to proceed. Once construction starts, landowners’ private property, trees, sensitive habitat and other environmental resources will be irreparably destroyed. Therefore, any decision allowing the company to start construction requires the additional levels of review and oversight that come when a Director or other supervisor signs off on a decision.”

Roberta Motherway Bondurant, of Preserve Bent Mountain/Roanoke stated, “Does FERC understand its responsibility in failing to perform a thorough, capable and professional assessment of a knowingly high-risk and environmentally destructive megapipeline, before signing Notices to Proceed? Construction, engineering and design, erosion and sedimentation mistakes and miscalculations permeate the appellate record–that MVP has allowed a project manager, and not authorities designated by regulation — to sign off on Notices to Proceed, now exponentially heightens the risk to the public.” Bondurant continued, ”It’s time for leaders in the courts, the legislature, in industry and the environment — as well as the public — to sound the alarm, to courageously stand up, speak out, and stop MVP.” 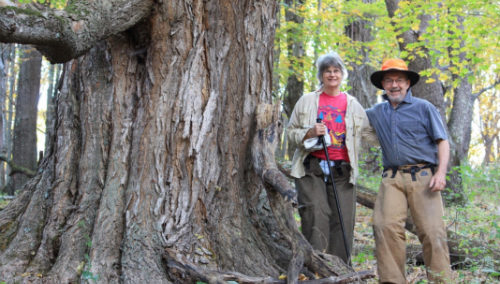