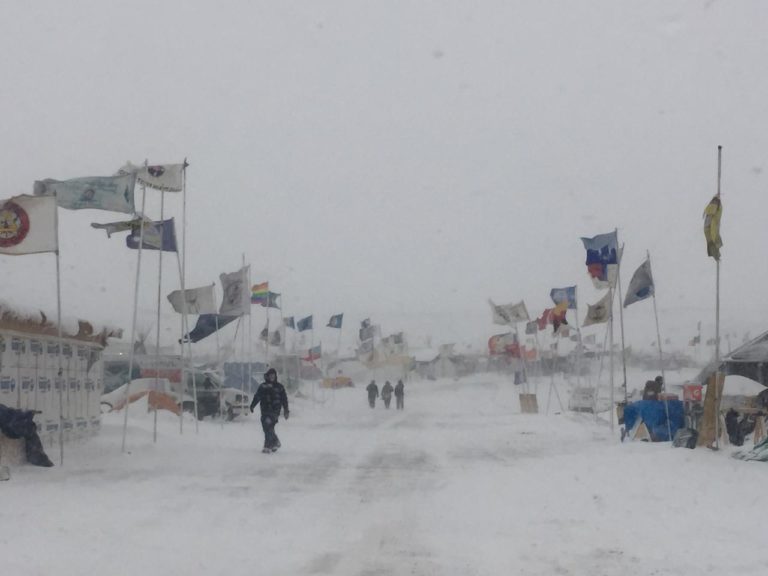 Coalition Statement: What’s Next for the Water Protectors at Standing Rock?

Cannon Ball, ND — We, the below stated, are a coalition of grassroots groups living and working in the Dakota Access resistance camps along the Cannon Ball River in Oceti Sakowin treaty lands.

The following is a coalition statement on the next steps for the #NoDAPL fight and water protectors at Standing Rock:

As we reflect on the decision by the US Army Corps to suspend the Dakota Access Pipeline (DAPL) river crossing easement and conduct a limited Environmental Impact Statement (EIS), the resistance camps at Standing Rock are making plans for the next phase of this movement.   Standing Rock Sioux Tribal Chairman Dave Archambault II has asked people to return home once the weather clears, and many will do so.  Others will stay to hold the space, advance our reclamation of unceded territory affirmed in the 1851 Treaty of Ft. Laramie, and continue to build community around the protection of our sacred waters. They will also keep a close eye on the company, which has drilled right up to the last inch it can, and remains poised and ready to finish the project.

We fully understand the Standing Rock Sioux Tribe’s desire to transition people out of the encampments and back to their homes.  The influx of people to Standing Rock as winter arrives has been an enormous strain on local resources due to the inherent challenges and dangers of travel and camping in this climate and, in many cases, a lack of necessary knowledge, skills, and experience on the part of those who have traveled to join us.  Also, the closure of Highway 1806 and the twisted media portrayals of the camp have essentially acted as economic sanctions against the tribe, denying revenue to an already impoverished nation with a long list of urgent social problems.  And, as the violence from law enforcement has escalated and caused serious injuries, we are all concerned for the water protectors’ physical safety and want to avoid further casualties.

As such, we support the tribe’s request for a transition and are working with many different groups to design and implement that transition in a good way – one that honors our ceremonial responsibilities, the sacrifices we have made to be here, and the deep commitment we have each made to defend the land. We ask anyone that is considering traveling to join the encampments at Standing Rock to stay home for now and instead take bold action in your local communities to force investors to divest from the project.

We also support those who choose to stay, if they are able to live comfortably and self-sufficiently through a winter in the Great Plains.  We support the Sacred Stone Camp, the original encampment established in opposition to the pipeline back on April 1st, 2016.  This community space was opened on Ladonna Bravebull Allard’s private land and will continue through the winter.  Rest assured, LaDonna is not going anywhere.  “I have not changed my mind.  We stand until the black snake is dead,” she said yesterday.   But due to limited space and infrastructure, there is no longer an open call for people to come join Sacred Stone Camp unless personally invited.

We do not have sufficient words to express the gratitude and love we have for all the people who have come to Standing Rock to protect the water.  We have traveled far, given up much, and taken extraordinary risks.  We have endured serious hardships and physical violence, and shown courage, passion, and determination in the face of impossible odds.   We have come together across the lines that divide us, and gathered in solidarity to demand an end to 500 years of oppression of Indigenous peoples – to demand respect for Mother Earth and clean water for all our relatives and future generations.  We absolutely cannot let this transition break us apart.  We must stay together, we must keep building momentum.  As warriors, we must be flexible and agile.  We must adapt to shifting circumstances without pause.

We ask you to join us in an unprecedented divestment campaign to kill the black snake financially.  We will also ask you to engage in the development of the Environmental Impact Statement to the extent that the public is invited to participate, and guide you through that process.  But let us use this time to cut off funding for the project.  December is an international month of action focused on the 17 banks that are profiting off investments in the Dakota Access pipeline.  Shut these banks down with direct action.  Close your accounts and tell the world you’re doing it.  Pressure your local jurisdictions and philanthropists to divest.  Every day is a day of action.

This fight is not over, not even close.  In fact, this fight is escalating.  The incoming Trump administration promises to be a friend to the oil industry and an enemy to Indigenous people.  It is unclear what will happen with the river crossing.  Now more than ever, we ask that you stand with us as we continue to demand justice. 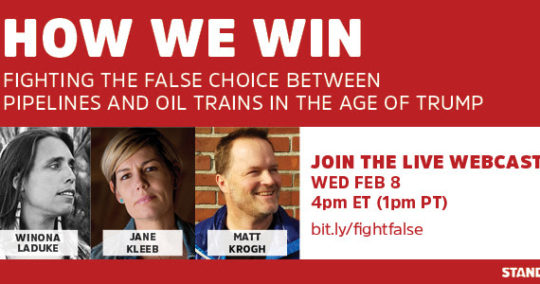 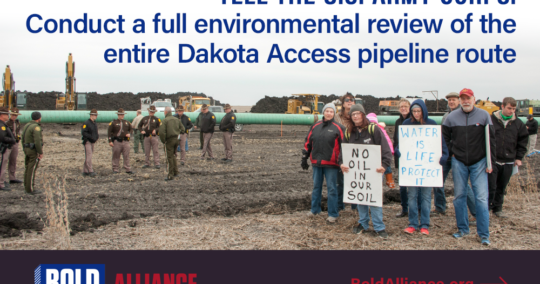 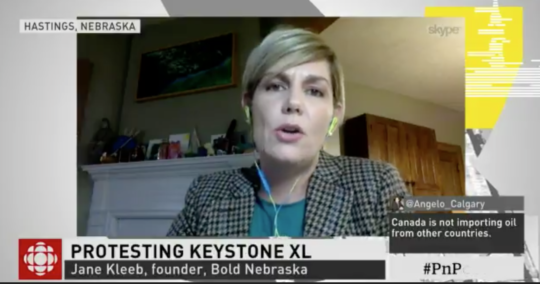