“For years the status quo of oil and gas corporations was to bully landowners and elected officials in order for them to get their way on pipelines and fracking waste. We are in a new era where landowners are standing up to protect property rights and our water from fracking and tarsands pollution. Citizens continue to do their job of serving as the watchful eye over our government; it is now time for our government to put in place comprehensive laws that end eminent domain for private gain, protects our water supplies and pushes our state forward on the clean energy transition,” said Jane Kleeb, Bold Alliance President.

“More than a year ago, a small group of Sioux County landowners gathered to discuss a proposed commercial fracking wastewater disposal well. Within a matter of weeks their concerns became ours as the story spread like wildfire among neighboring communities, across the state and beyond. The battle was fierce. We fought together, we wept together and now we celebrate together,” said Scottsbluff resident Becky Hughes McMillen.

“This decision is a vindication of the rule of law and citizen involvement overcoming the bureaucratic arrogance of the Nebraska Oil and Gas Commission. It also shows how people working together can defeat the oil and gas industry and all their dirty money,” said Ken Winston. “This decision was a personal vindication for me, since I testified at the Oil and Gas Commission’s hearing that they lacked the authority to grant a permit to allow the disposal of out of state waste, and the District Court agreed with that interpretation. It is also a vindication of the positions of both my prior employer, the Nebraska Sierra Club, and my current employer Senator Ken Haar on this issue. The Nebraska Sierra Club led the way along with Bold Nebraska in supporting Nebraskans’ rights to protect their land and water. Senator Haar led the legislative voices that called for the Oil and Gas Commission to delay dealing with the permit until all the legal, environmental and financial issues relating to fracking disposal had been addressed.”

Bold Nebraska will continue to press the Legislature on fracking-related issues, such as full public disclosure of fracking waste chemicals, and minimum liability insurance requirements for well operators.

Bold Nebraska was initially contacted by local landowners in Sioux County concerned about an out-of-state company that had applied for a permit for a fracking wastewater well that would import the toxic drilling waste from other states into Nebraska. The petition we launched received nearly 10,000 signatures opposed to the well permit.

Bold Nebraska and Nebraska Sierra Club filed a complaint that the hearing, which struck public comments from consideration, violated the state’s Open Meetings law, and kept up the pressure on the Legislature to take action to reform the Oil & Gas Commission, leading to a series of hearings in 2015-2016, and ultimately the passage of LB 1082 — a bill to reform the Nebraska Oil & Gas Conservation Commission (NOGCC) and put stronger protections for our water and land in place against fracking waste. 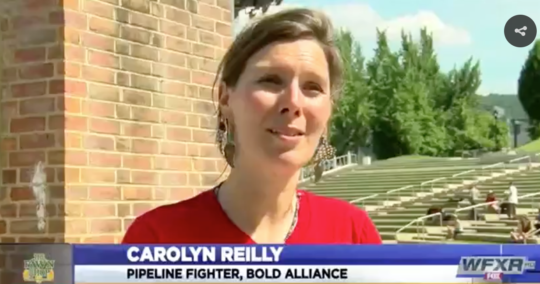