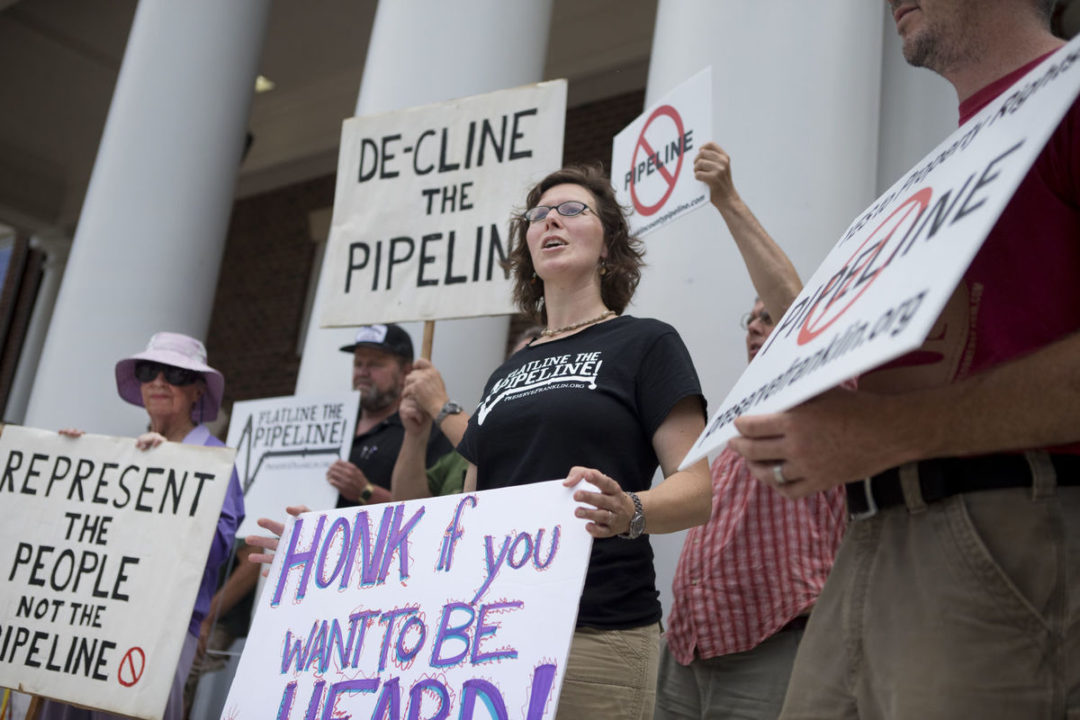 Rocky Mount, VA — Bold Alliance and landowners in the path of the proposed Atlantic Coast fracked gas pipeline issued the following statement today in response to news that Dominion Energy is considering expanding the risky, unnecessary project into South Carolina — which would become the fourth state where landowners would be faced with eminent domain for a private, for-profit pipeline.

Richard Averitt, landowner on proposed Atlantic Coast Pipeline route:
“How many more families lives will the ACP put in jeopardy to line the pockets of Dominion and Duke shareholders? The ACP represents one of the largest land grabs in the history of the South now crossing four states now and thousands of private landowners land,” said Richard Averitt, a landowner in the path of the proposed Atlantic Coast fracked gas pipeline near Nellysford, VA. “We are asked to sacrifice our homes and businesses for a pipeline with a Statement of Need that has just been shown to be a deceit. In short, the parties of the ACP want the state to give them the power of eminent domain for a project for which they have purposefully misled the public. This is a blatant and egregious abuse of the citizens and we welcome every South Carolina landowner to join us in our lawsuit against FERC and the ACP.”

Carolyn Reilly, regional organizer for Bold Alliance:
“The proposed Atlantic Coast Pipeline has not yet even received a green light from FERC; now they’re putting the cart before the horse in discussing an expansion of a dangerous fracked gas pipeline that doesn’t exist and isn’t needed,” said Carolyn Reilly, regional organizer with the Bold Alliance and a landowner on the route of the proposed Mountain Valley fracked gas pipeline. “This proposal puts even more property owners at risk, threatening livelihoods, clean water, farms, and property rights.”

Both Richard Averitt and Carolyn Reilly are also among the plaintiffs — along with Bold Alliance and a collective of more than 50 landowners — in a federal lawsuit filed this month against the Federal Energy Regulatory Commission (FERC) that seeks to block the granting of eminent domain authority to seize land against owners’ wishes for the proposed Mountain Valley pipeline and similar projects. 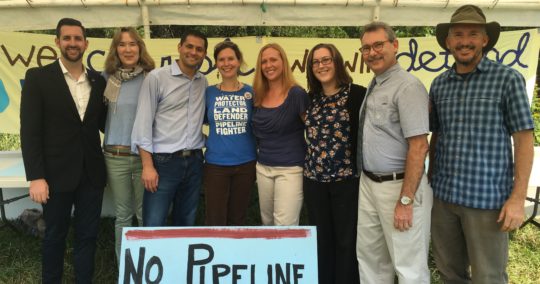