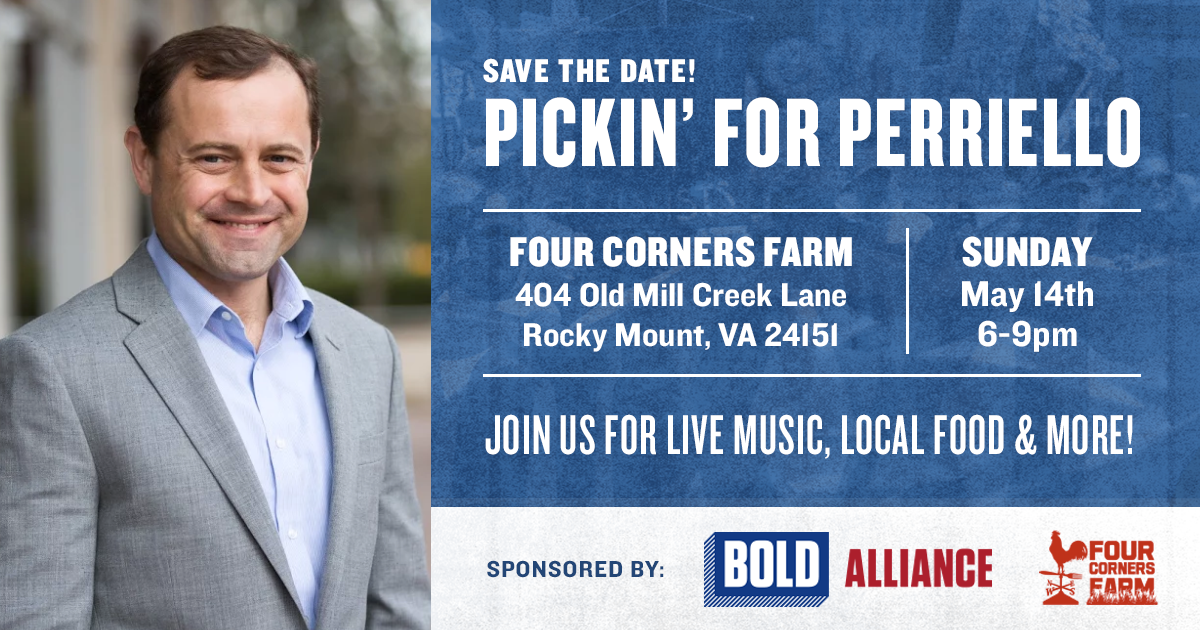 Rocky Mount, VA – Bold Alliance and Four Corners Farm have joined together to host a fundraising event for Virginia Gubernatorial Candidate, Tom Perriello. Four Corners Farm is in the direct path of the proposed Mountain Valley Pipeline and for the family that lives on and manages the land, the threat of this project is an everyday thought. Farm owners, Betty and Dave Werner and Ian and Carolyn Reilly, recognize the importance of the 2017 election as it relates to the two 42” fracked gas pipelines proposed to devastate Virginia.

Tom Perriello stands in opposition to the Atlantic Coast and Mountain Valley pipeline projects. This position lauded praise from pipeline opponents, including Four Corners Farm. Carolyn Reilly, who wishes to connect Perriello with pipeline fighters in the region, offered to host a fundraiser on their family farm. “Pickin’ for Perriello” is also sponsored by Bold Alliance, which has expanded their reach to the region through their “Bold Appalachia” initiative to support landowners, water protectors and unlikely alliances fighting fracked-gas pipelines.

Pickin’ for Perriello will feature Virginia Gubernatorial candidate, Tom Perriello, as well as local folk musicians, “Waiting to Exhale,” a “No Pipeline” farm tour, local food and regional beers. A centerpiece of the event will be a whole roasted pig, raised on Four Corners Farm, celebrating the southern tradition of a political pig pickin’.