Dr. Amanda McKinney, Board Member: Amanda is a doctor in rural Nebraska. She grew up in Odell and her grandfather was a member of Nebraska’s Congressional delegation in the 1960s. Dr. McKinney was one of three doctors on stage with President Obama during a critical moment in the fight for healthcare reform. 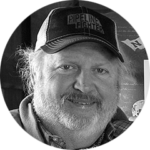 Tom Genung, Board Member: Tom is the chairman of the Bold Alliance Education Fund, and was the chairman of the Nebraska Easement Action Team (NEAT), the collective of landowners that was formed who refused to sell their land to TransCanada for the Keystone XL pipeline. Tom was a key landowner in the fight to stop Keystone XL, and also has a long history working with the developmental  disabilities community. He is a leader in civic groups such as Kiwanis and Nebraska Farmers Union, as well as a board member of Nebraskans for Peace. Tom is an innovative small business owner and the proprietor of Hastings Pallets, which finds new uses for shipping pallets. 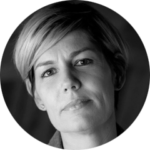 Jane Kleeb, President: Jane is an experienced grassroots organizer, political strategist and nonprofit entrepreneur. In 2010, Jane Kleeb founded Bold Nebraska organizing a group of farmers and ranchers that call themselves "Pipeline Fighters.” Protecting the land and water touched a deep nerve with Nebraskans whose family roots are tied to the pioneers and homesteaders that built the state of rich prairie and was at-risk with the Keystone XL tarsands pipeline. In 2016, Jane expanded Bold into a national network called the Bold Alliance which has state offices in Nebraska, Iowa, Oklahoma and Louisiana. The Bold Alliance works nationally on ending eminent domain for private gain and ensuring landowners are at the table during the clean energy transition. Jane lives in rural Nebraska with her husband Scott and three daughters. More About Jane 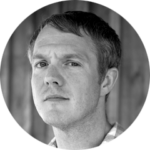 Mark Hefflinger, Digital & Communications Director: Mark was born and raised in Omaha, and received a Bachelor’s degree in English and Communications from Boston College. He has worked as a journalist in California, covering the digital media industry, music and LGBT issues, and more recently has been an online organizer for progressive causes. Mark worked on the No on Proposition 8 campaign in California in 2008, and afterwards with organizations including the L.A. Gay & Lesbian Center on voter outreach on marriage equality. In 2012, Mark served as the New Media Director on CREDO SuperPAC’s successful Congressional campaign that ousted a 30-year conservative, climate change-denying Congressman in Northern California.