Bold Alliance, including president and Bold Nebraska founder Jane Kleeb, and Bold Iowa director Ed Fallon, along with landowners whose property was taken against their will via eminent domain for private gain, greeted GOP presidential nominee Donald Trump at a campaign appearance in Atlanta. 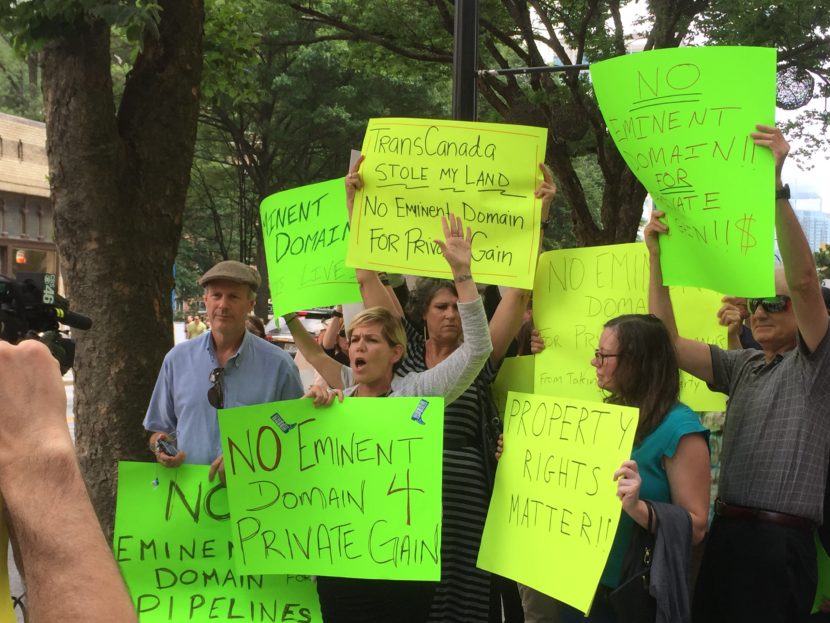 “Donald Trump says he loves eminent domain, that may come as a surprise to conservative Americans,” Jane Kleeb, founder of Bold Nebraska and a prominent voice opposed to the Keystone XL pipeline, said in a statement. “We must end the abuse of eminent domain and once again stand for property rights and the protection of our land and water.”

Kleeb said Trump‘s support for eminent domain has been widely criticized, even among Republicans, and she predicted the issue could surface during the election,” E&E News reported.

According to Bold Nebraska, Clinton’s campaign has said she will “pull together all agencies with project permitting and eminent domain authority to pursue a comprehensive strategy for modernizing America’s energy that creates jobs, reduces greenhouse gas emissions, improves safety and powers a 21st century economy.” 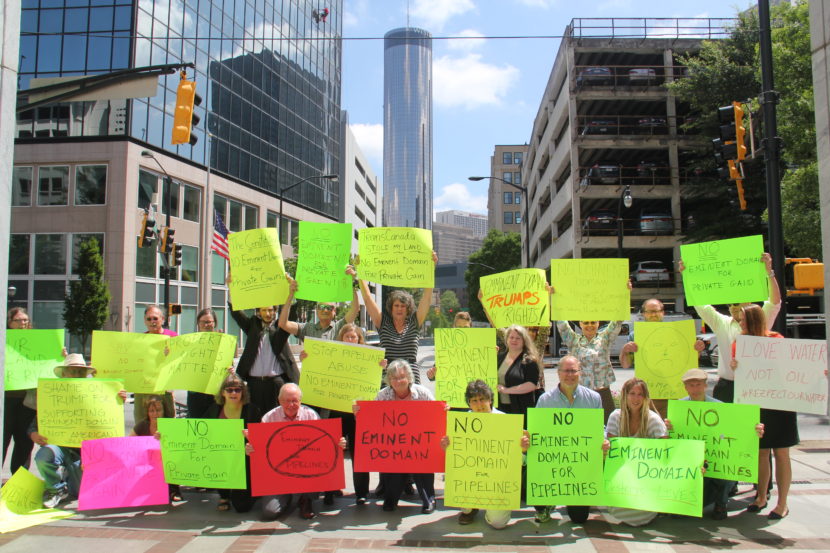